As my bike was waiting in Windhoek for a new windscreen and soft panniers/saddlebags, Uwe kindly invited me to join him as a pillion for a tour of the western part of Namibia. The route we took: 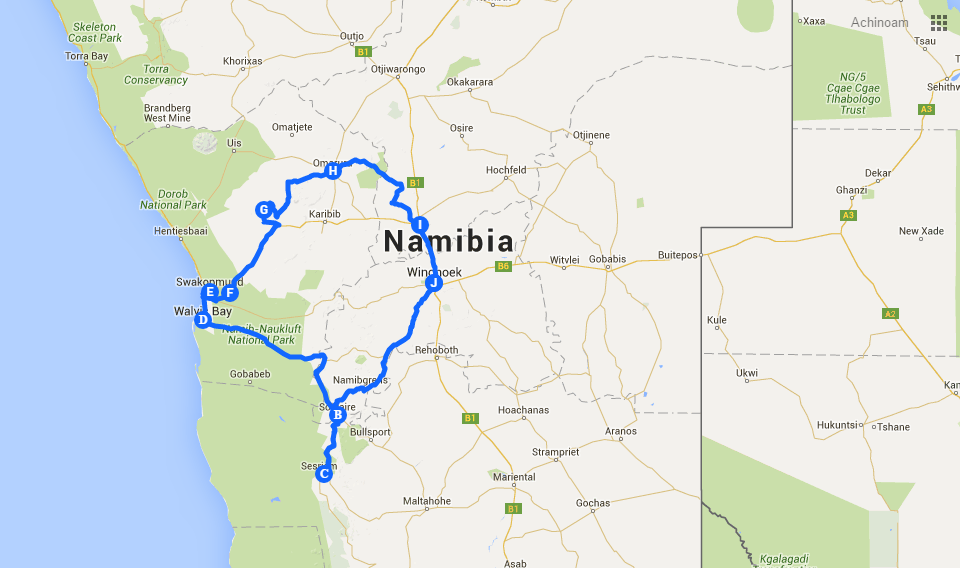 We left early on Friday morning and immediately headed unto beautiful gravel roads, up the Speetshoogte Pass and down into Solitaire, which is marked as a town on the map but is really a small lodge, a gas station and a general dealer clumped together in the middle of the desert. The  desert – it’s openness, barrenness and harshness does something to the soul. For me it seems that God, or some other supernatural force filling us with wonder, is strongest in the desert and on the mountaintops. 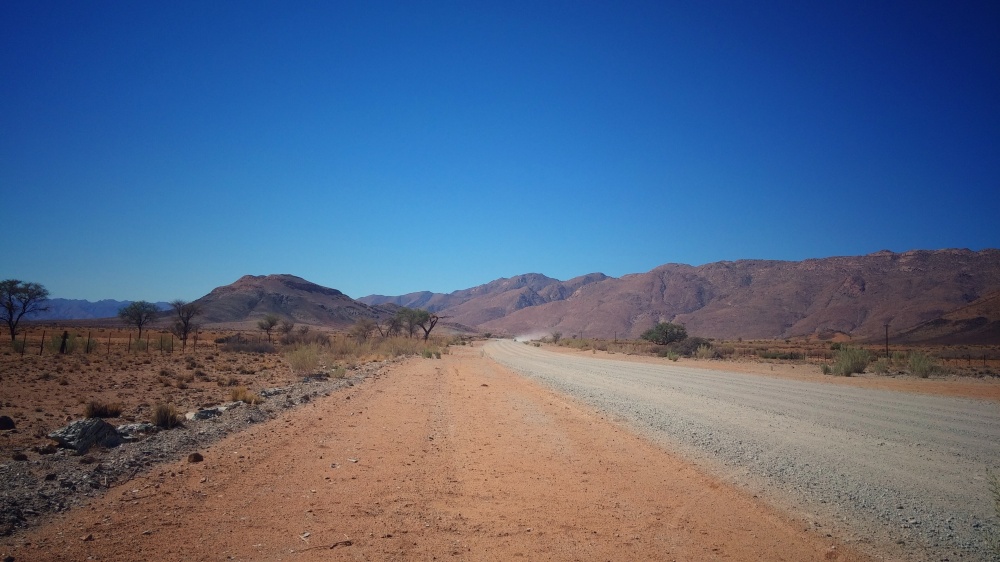 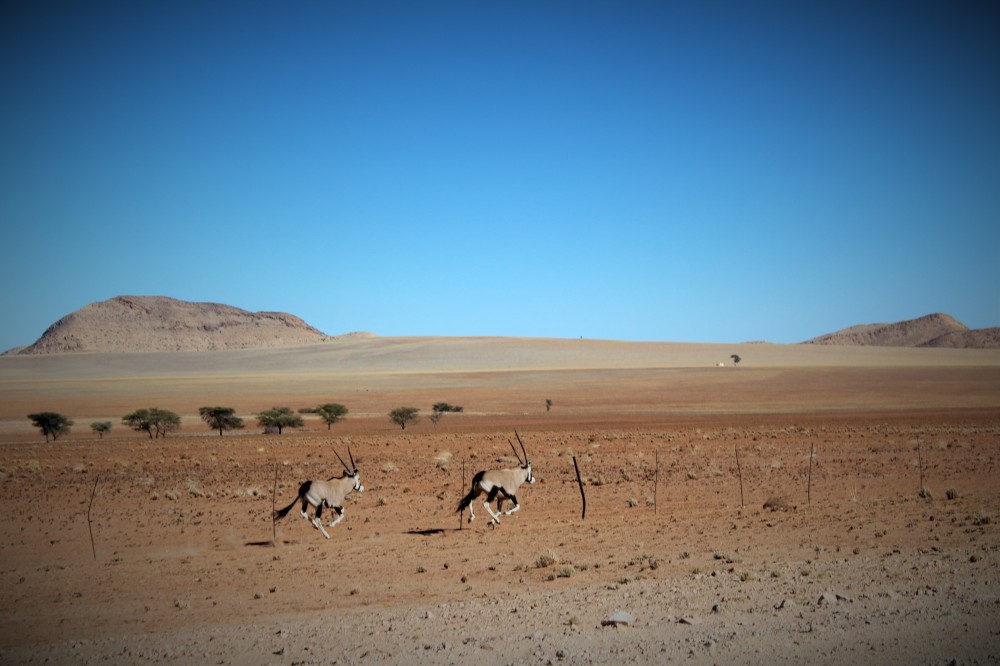 We drove from there to the entrance gate to Sossusvlei, the legendary sand dunes of Namibia, only to be turned away. New regulations forbid motorcyclists crossing in. It was a big disappointment, but at least I have a good excuse to return to Namibia soon. We camped at Solitaire under the stars and the next morning began driving north towards the coast. 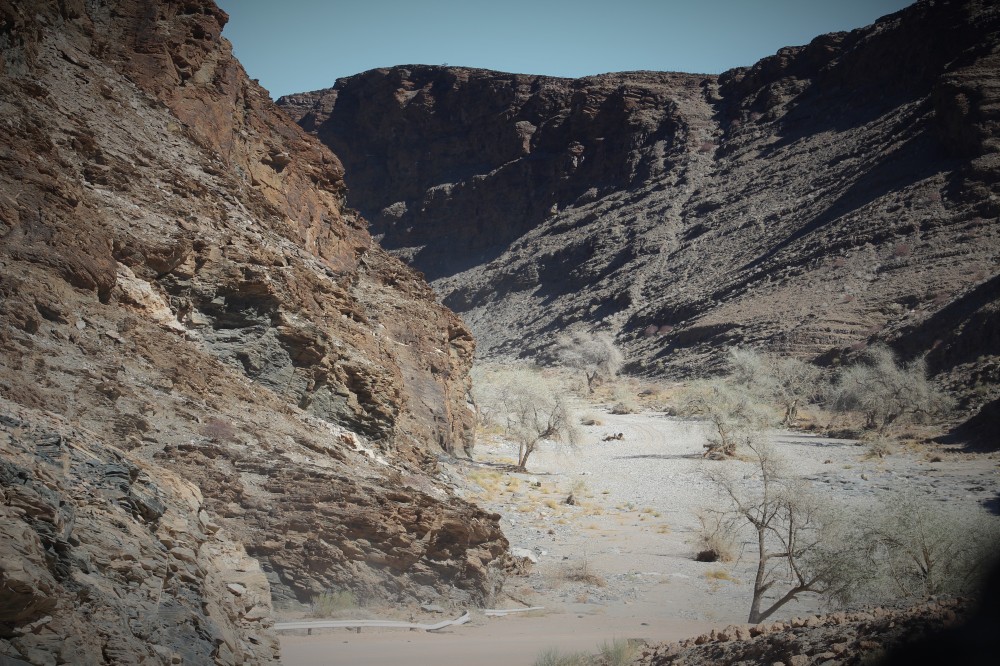 When we reached Walvis Bay we raced to the Lagoon and found it full of feeding flamingo’s. I could sit there for hours just staring at these birds, hundreds of them feeding and squawking and flying up, turning into clouds of pink. 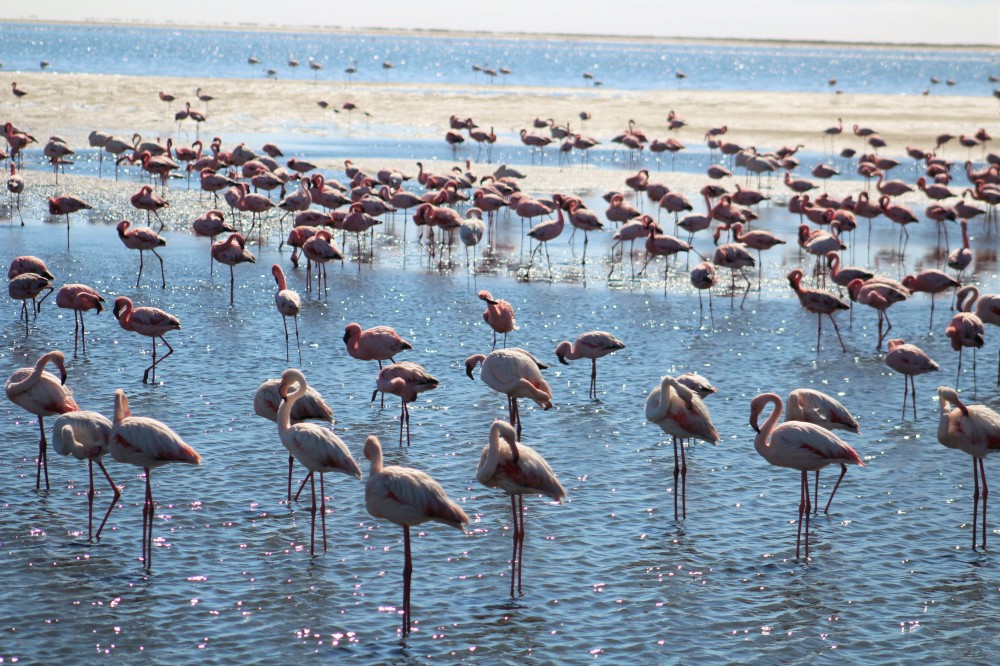 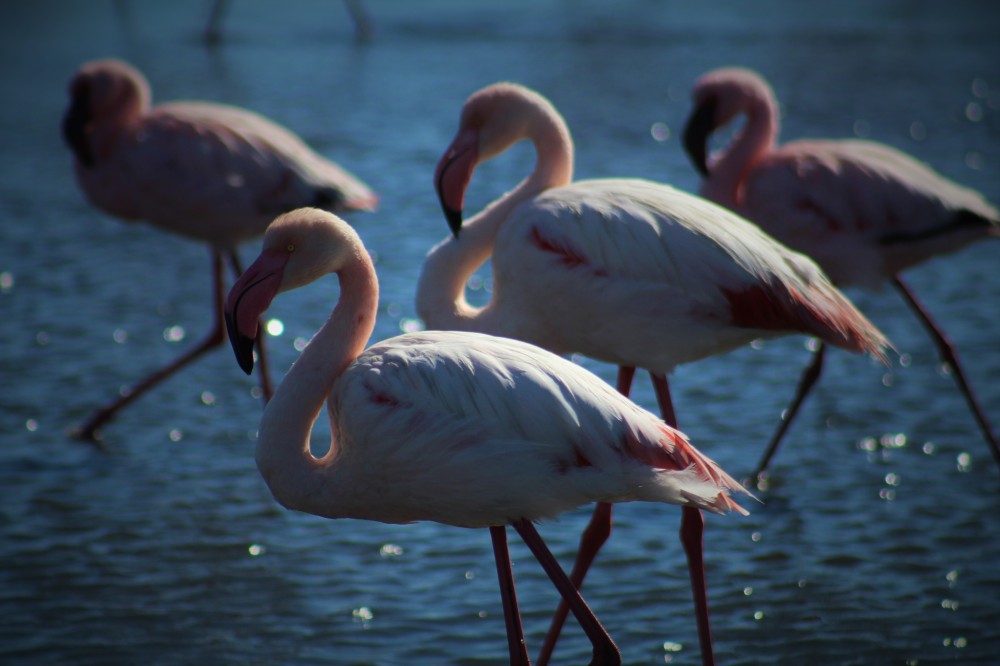 At the harbor we met a group of Himba ladies who agreed to pose with me (for a small fee of course). There is something to be said about the obligatory payment and the earphones of the woman on my right – but I’ve ditched my cynicism. 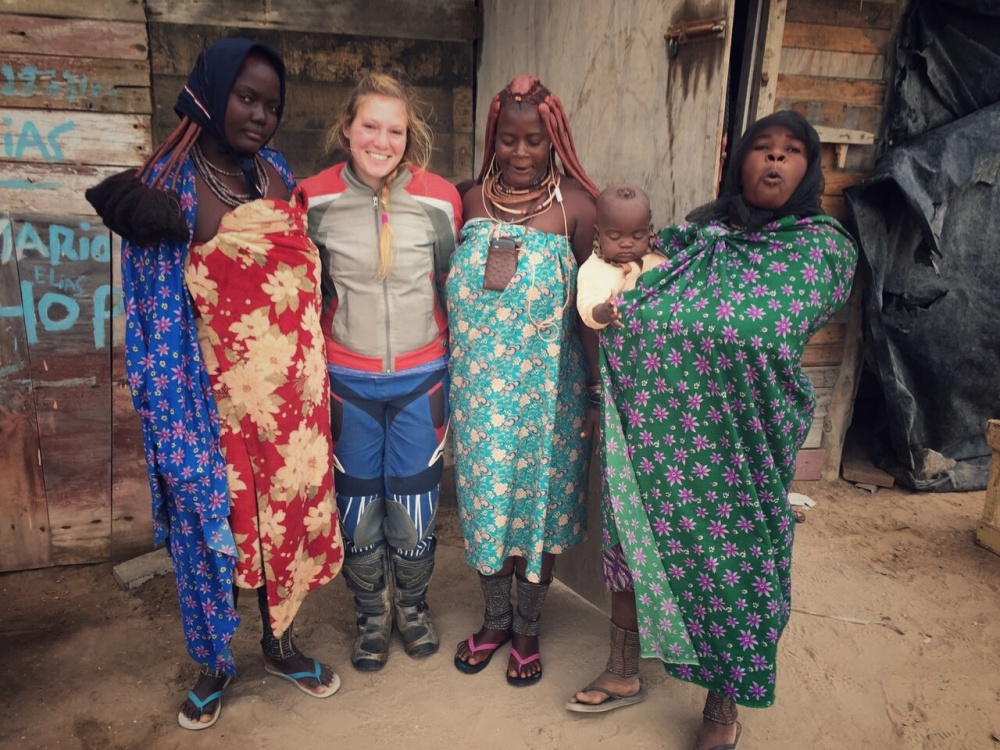 On Sunday morning we drove to Swakopmund for a lavish breakfast, toured the crafts market and bought a personalized Makalani nut carved on the spot.

From Swakopmund we drove to the Moon Valley, an amazing network of hills made of scraggly, sharp rocks. It has become known as the “Badlands” and used widely by the film industry in recent years. Afterwards we continued through Spitzkoppe, a triangular-shaped mountain and the town by the same name, where we met some kind local people who helped us with directions.

We slept that evening at Omaruru and the next morning, Monday, made our way back to Windhoek through district roads leading between the farms. On one hand there was much beauty to be seen -giraffes (a first for me), impala, springbok, oryx, wild boars, baboons and meerkats. On the other hand, it is clear that the ongoing drought afflicting Namibia is dealing a heavy blow. Every riverbed we passed was completely dry, trees and grass yellow and grey. We drove by a group of cows, two of which were dead, their bones sticking up through  their flesh, one flayed and glistening sickly red in the sun. The other cows could hardly move, it was apparent that they had not gotten up for days. It was a though site to see.

Back at Windhoek I was reunited with my bike. As the saddlebags are slightly smaller than my previous aluminium panniers, I had to part with extra weight and give up two pairs of pants, two pairs of shirts and a pair of shoes. Just proof that I didn’t need them in the first place. Better late than never!