On Wednesday morning Yansi and I made a dash from Coffee Bay out to Mthatha. Because we knew the roads would be blocked by ongoing protests of locals, we left early in a convoy of two “backies” and myself, driving on alternate dirt routes. The view was beautiful – a  sunny day, clear skies and the Wild Coast’s rolling green hills. Children on their way to school, cows blocking the road and everywhere you looked colorful houses dotting the landscape. Unfortunately, very close to the main road, just when we thought we had almost made it – another roadblock. Women were singing, men tearing up the road and burning tires and blocked cars were standing on both sides, drivers scratching their heads as to what to do. Yansi directed our convoy to sprint round the roadblock as quickly as possible before the demonstrators were on to us. We made it, though all the vehicles at some point got stuck in the mud. And then we were on to the main road. Smooth tar, and no more surprises. Or so I thought.

It was supposed to be an easy day. I only had 300 kilometers to get to Underberg, a small village on the southern borders of the Drakensberg and on the foot of the iconic Sani Pass. As you probably guess by now, it didn’t go so smoothly. I have decided to give up ever thinking it will be an easy day. The driving was great though. The KwaZulu Natal area reminds me of the US – big, open, green with cows grazing peacefully and trees starting to turn orange and brown. 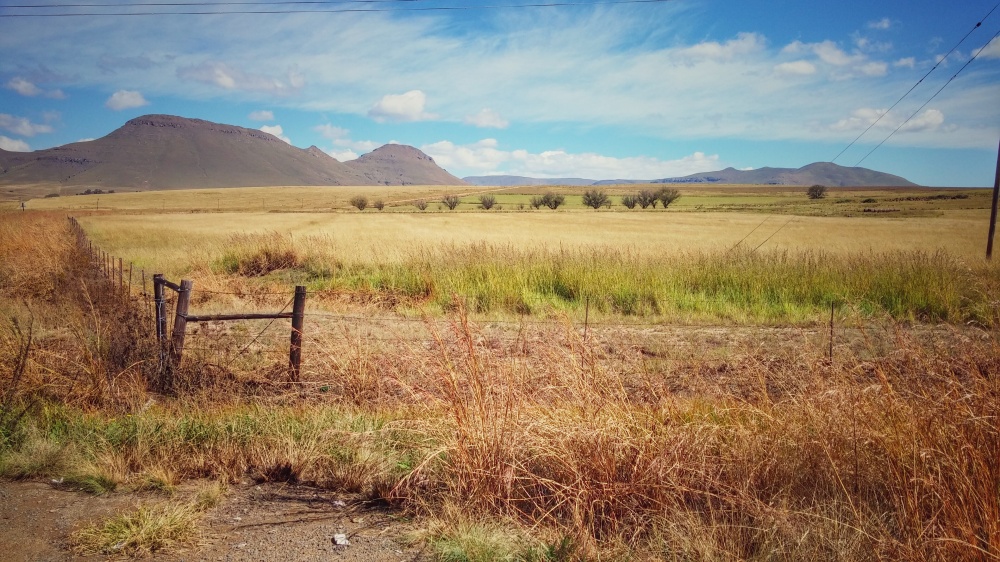 Ten kilometers before Underberg I felt something wrong with the bike. The engine revved but the bike just wasn’t going anywhere. It was agonizing going at 40 kilometers an hour, the engine screaming and barely able to make it uphill. I finally arrived at the Pile Inn in Underberg and called Uwe for help. He immediately called me back and saaid that there might be a problem with the clutch. He gave me the number for BMW’s free two service and I arranged for them to pick up the bike and me early the next morning to take us to the nearest dealership in Pinetown, outside Durban. Of course, I may have forgotten there was some panic, hysteria and crying on my part. Just maybe. Thank you Uwe, I don’t know what I would have done without you. The wonderful hosts at Pile Inn, seeing how devastated I was, gave me a free room for the night and a place in the garage for the bike. George, a friend of Uwe’s who lives in Durban, happened to write me at the same time and said we would help me at the dealership the following day. I am so grateful for all the help I get from kind people along the way. 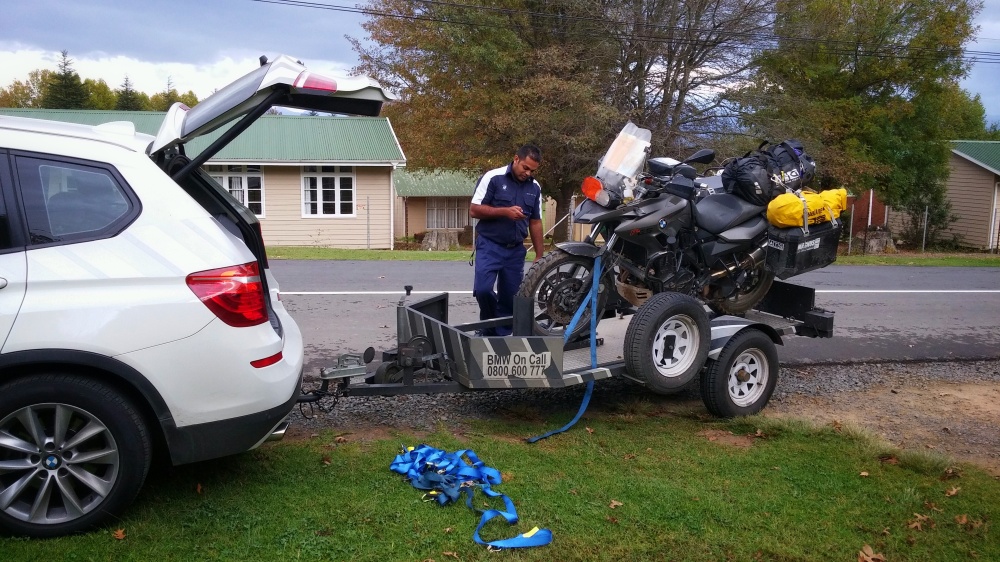 Yesterday morning the tow car arrived, we loaded my bike and drove off to Durban. Now, please sit down. Make sure you have nothing in your mouth to spit out and have recently gone to the bathroom. Because this is going to make you laugh. And me to go horribly red with embarrassment. We arrived at Ryder Motorrad, took the bike off and within SECONDS the guy came up, turned a screw, tightened the clutch – and the bike was fixed. That easy.

Ryder Motorrad gave me a BMW shirt and a hat! At the dealership I also met Robin, a great guy who also owns a BMW and who invited me to his hostel in Newcastle when I make my way back down from Ethiopia. Then George met me at the dealership, we rode around Durban and then drove to Beit Chabad. It was Thursday and Passover night is on Friday evening. I figured if it worked out I would like to celebrate the holiday. However, the meal itself costs 340 ZAR, each night at the hostel costs 650 ZAR, and I would not be able to leave until Sunday morning because of the strict no-driving rules. That means three days of curfew and a hole in my pocket for something I wasn’t too sure I wanted to do at all. I opted for Passover Seder in my tent with a piece of cardboard with chocolate on it and me singing tunelessly “Avadim hayino, hayinoooooo”.

George very kindly let me sleep at his house and helped me fix the panniers on my bike which had become distorted with all the rattling on the dirt roads. It is amazing – a man I had never met or spoken with before showed me around his home city, invited me for lunch, fixed my bike, let me eat dinner with his family and sleep in his house. When people ask if it isn’t lonely traveling alone – well, no, it isn’t. I have met so many kind people along the way – every day a different angle saves me. I feel so grateful, my heart feels open and filled with happiness. Thank you, thank you, thank you.

Today I am driving back to Underberg and tomorrow I will attempt the formidable Sani Pass, known for its steep climbs, bad weather conditions and harrowing switchbacks. Wish me luck!