Yesterday was supposed to be easy. I had only 350 kilometers, sailing on tar roads from East London to Coffee Bay. I was even looking forward to the last quarter of the way which I had been warned was in bad condition and full of potholes. It seemed to me it would be a nice break from the mundane highway. I drove slowly, through green rolling hills dotted with colorful thatched-roof houses, taking my time and stopping for photographs. 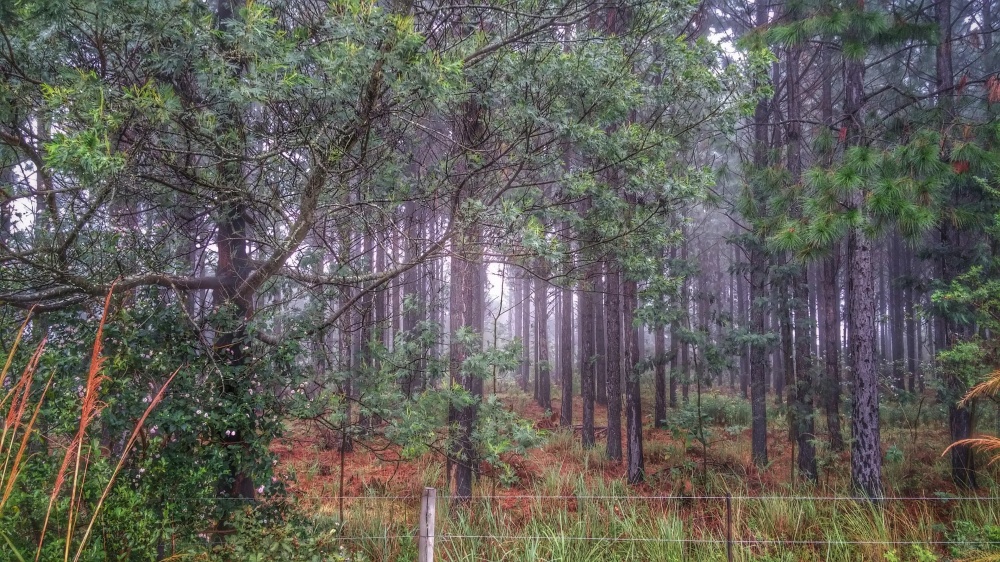 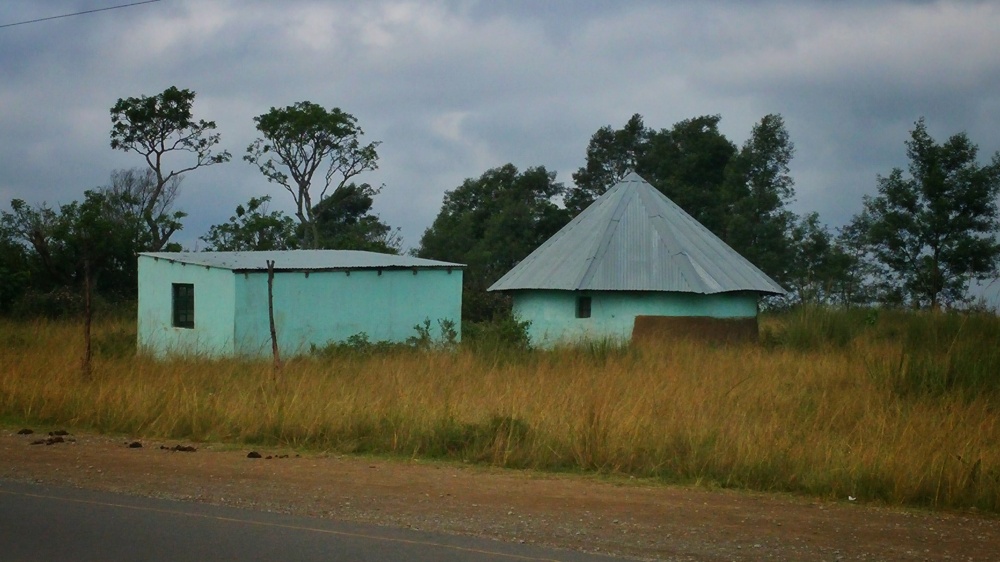 At a gas station on the way I met Yansi, who happened to own a backpackers in Coffee Bay. We chatted a bit and then parted ways. I rode on, left the N2, the national highway and started heading towards the coast into Xhosa territory. After about 50 kilometers I turned a bend in the road and came upon a large number of police vehicles stopping the traffic. Across from us on another hilltop, about 600 meters away, was a huge demonstration of locals. Apparently they were protesting the fact that they still do not have running water or electricity in their houses and had put up a roadblock. While I was standing there confused as to what was happening, several policemen drove towards the mass and began shooting in the air until all the people had scattered. They then began negotiations and we were told to wait.

Luckily for me Yansi was at the roadblock too and we decided to try an alternate route. The road we tried to go through was blocked by locals as well so we had no choice but to turn back and return to the main junction. It was not very late but I was nervous that if we did not get through I would be stranded. The next town at which I could safely camp if I were to head back inland was very far away. Finally however, after several hours, the police informed us that we could cross through, as the Mayor was now negotiating with the locals. We followed their vehicles through pieces of glass,remains of burning tires, concrete tubes and huge tree trunks lain across the road. I felt threatened at some stages, especially as I am so vulnerable on the bike. One kid threw a rock at me but luckily it was small.

When I finally got to the backpackers I was surprised to see two Jewish guys who were handing out Matzah Bread for Passover, which is this coming Friday. They even gave me Sabbath candles to light. Unbelievable that in the middle of nowhere this happens! There were three other Israeli’s staying at the hostel so we made celebratory Matzah Brite (broken matzah bread omelette) with Janja butter. And so, after a long and strange day, I came to the conclusion that you should never be too sure of how your day will end, especially when you are in Africa.

Today I took a break from riding to enjoy Coffee Bay, so called because of the huge number of coffee plants grown from seeds that came here from a shipwreck or by plunderers. The area is beautiful, though the driving can be difficult. Any minute sheep, goats, cows, horses and sheep jump right in front of your wheels, and that is without even mentioning the potholes which keep you zigzagging like a madman.

I walked along the beach, read a book and recharged  my batteries (and those of my various electronic devices). For lunch we had fresh oysters and matzah with honey. I am planning to leave very early tomorrow together with Yansi on an alternate route, hoping that it won’t be blocked. Let’s see what tomorrow brings!